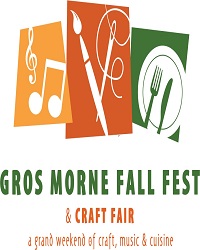 The Likes of Jeff Pittman

The Likes of Jeff Pittman “Hello starling, little darling, mimicking inflections. Hello magpie, clever guy, admiring your reflection…” Jeff Pittman is a folk singer-songwriter and storyteller whose style and delivery are borne of years spent entertaining in shed parties and community halls of his native Newfoundland. Coming from a long line of family poets and humorists, Pittman’s songs tell stories of time and place, ranging from pun-laden toe-tappers to quirky singalongs and heartfelt ballads.

Don is a retired geologist and educator. With an acting history spanning more than 4 decades, he has performed with numerous theatre groups including Stephenville’s Bay Theatre, Corner Brook Playmakers, Stephenville Theatre Festival. In 2010 he turned his attention to sketch comedy with his brother and partner in crime Kevin Dunphy. Together they have written and performed over 30 shows under the banner of ABCD Productions. An avid storyteller, Don includes traditional stories and recitations along with many original works in his repertoire. While most of his stories are delivered in the traditional manner, he often belts out a ballad or so and other stories told in song. It is important to note that half the lies he tells are not true. His special interest in performing and promoting traditional music led Don and a small group of other performers to form the Bay St. George Folk Arts Council in 2007. Over the past 12 years, Don has developed his skill as a lapidarist (the art of cutting, grinding, and polishing stone) and has focused on using local rock, minerals, and semi-precious gemstones in his work. Don is currently chair of ArtsNl and has served the Stephenville Theatre Festival in the capacity of the chair, treasurer, and chief cook and bottle washer :-)

Buy To This Event Directions